Ryan & Beccy Hunter-Reay, with their charity, Racing for Cancer, successfully completed the 6th annual Race to Beat Cancer at Homestead-Miami Raceway December 5-7, 2021. Joining Ryan for the 6th year was fellow competitor and friend James Hinchcliffe to help host the 3-day event. The one-of-a-kind event included a two-day exclusive racing school partnered with the Lucas Oil School of Racing held in Homestead, FL. Twenty-five (25) participants took to the track for an exciting two days. The Amateur class was SOLD OUT, and the advanced school saw many returning enthusiasts to try and master this new track. “This is one of the highlights of the year for me,” said Ryan Hunter-Reay. “Getting to do what you love, sharing it with fans, all while raising money to help beat cancer. Doesn’t get much better!”

Six of the event participants had the opportunity to play the golf at Ocean Reef Club with James leading Team Canada and Ryan leading Team USA. In the end, Team USA prevailed. “I’ve probably played eight rounds of golf in my life, and thanks to Ryan and the amazing work he does with this charity, I’ve played five rounds on Pebble Beach and all rounds on great tracks!”, said James Hinchcliffe. Participants stayed at Playa Largo Resort and Spa and enjoyed exclusive receptions and dinners with hosts, Ryan and Beccy Hunter-Reay and James and Becky Hinchcliffe. All net proceeds of the event will directly benefit Racing for Cancer and its chosen initiatives in the global fight against cancer.

If interested in attending the 2022 school, contact Tom Vossman at tom@racingforcancer.org immediately. It likely will sell out again. 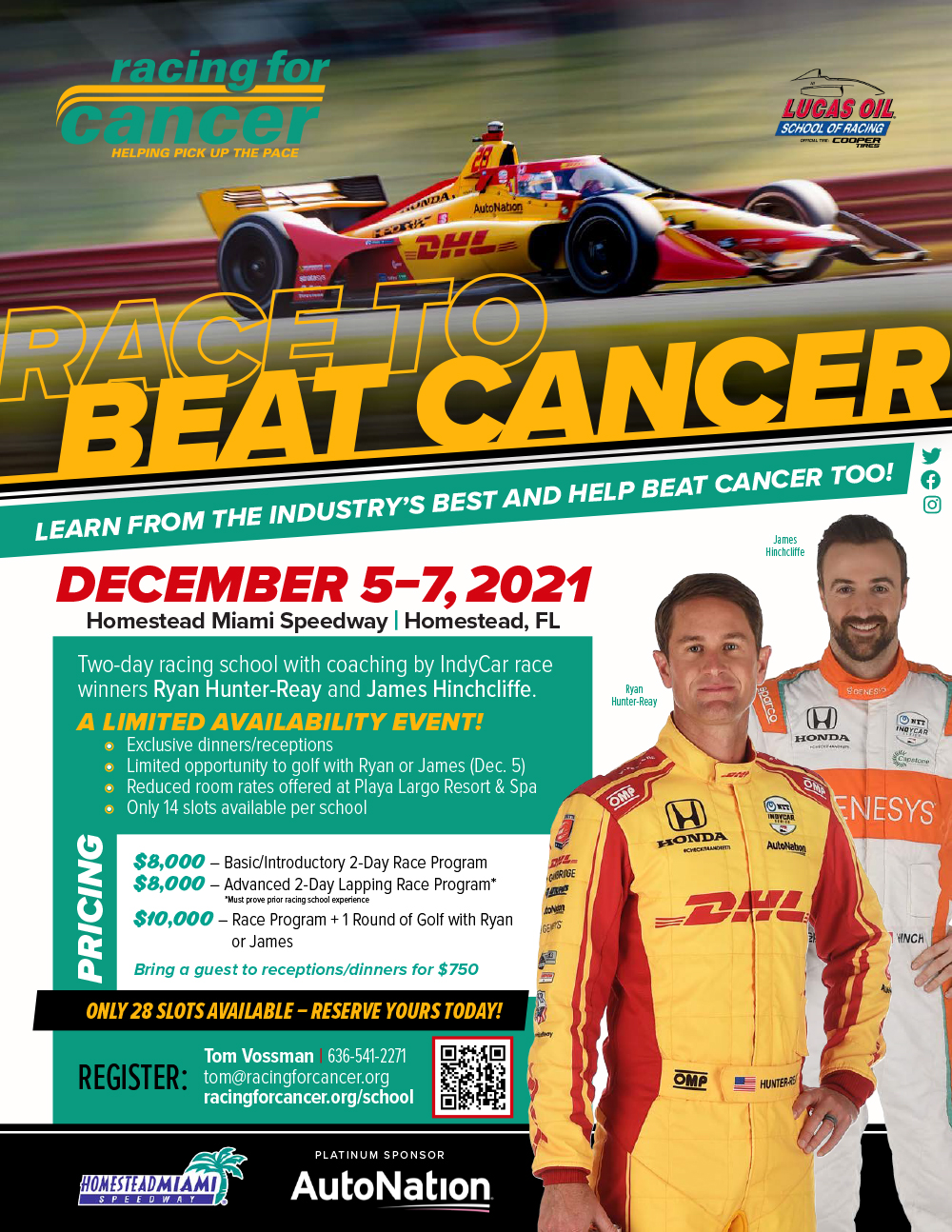